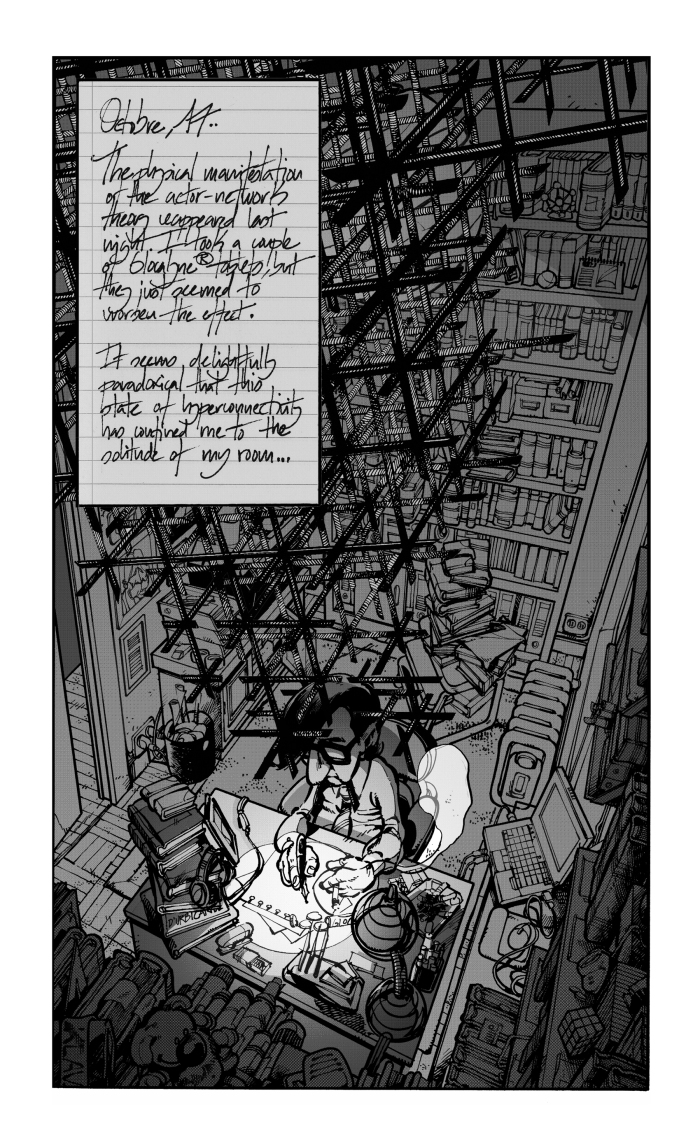 The physical manifestation of the actor-network theory reappeared last night. I took a couple of Glocalyne tablets, but they just seemed to worsen the effect.It seems delightfully paradoxical that this state of hyperconnectivity has confined me to the solitude of my room…”

Hmm… After a couple of weeks of obscurity, I’ve decided to shed some light on this drawing, a cross-breeding between Bruno Latour’s Actor-Network Theory and Schuiten&Peeters’ La fièvre d’Urbicande (with a little bit of L’Étrange cas du docteur Abraham). Although it had rested in a drawer for a long time, it got finally done after watching one of Schuiten and Peeters’ delightful performances at the Once Upon a Place conference in Lisbon.

For some insight about the ANT, I would go to Anthem, “a gathering of human and nonhuman actors that are interested in both actor-network theory and the work of Martin Heidegger” that has become the online referent for Latour studies. For more on the obscure yet fascinating work of Franco-Belgian megastars Schuiten and Peeters, check Urbicande or the über-comprehensive Obskür (Spanish readers, might want to go here). The complete text of “On the Difficulty of Being Glocal” can be found in this older -and even more obscure- post.

And for more on Bruno Latour check out the Latour category in the blog (WARNING: There’s some Sloterdijk scattered in there, too).